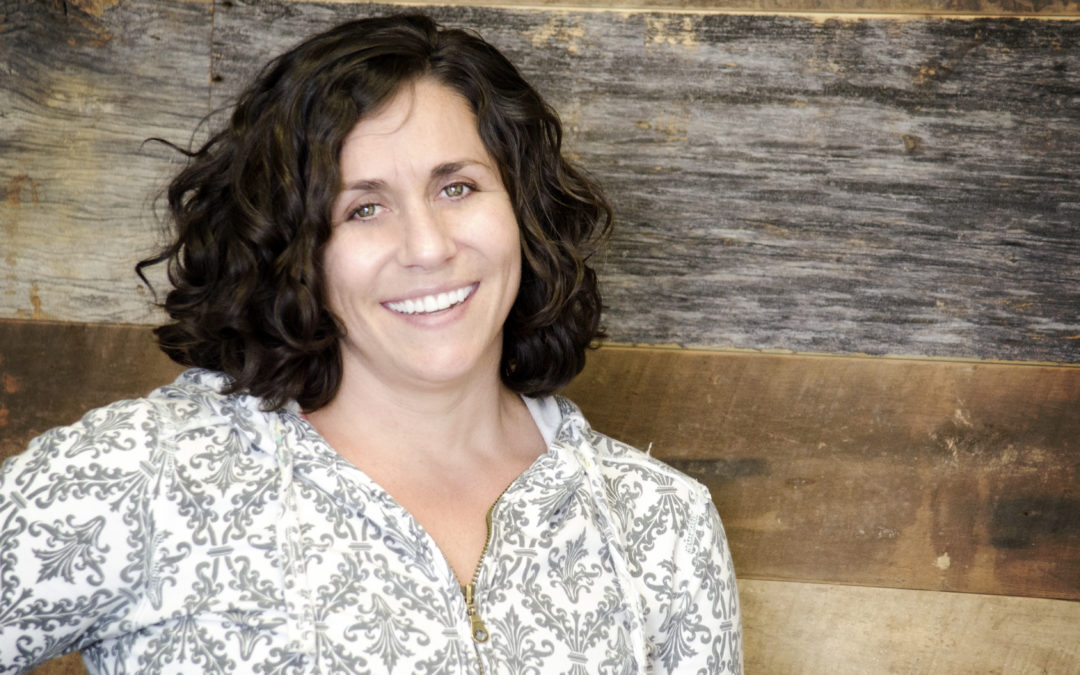 “It’s pronounced Bree-en with the emphasis on Bree. It’s like peein’. You know like don’t bother mom right now because she’s peein'” This masters educated, single mother of two, entrepreneur, cancer survivor, group fitness instructor never meets a stranger and finds a lot to smile about each day. She is the owner and mastermind behind one of Nolensville’s newest businesses opening on January 16th, The Town Barre.

Raised in Philly, Brienne moved to Nashville in 1992 at the age of 12 when her father’s career relocated him here. “I went to Brentwood Middle and Brentwood High and I was in cross country, track, soccer and swimming. In ’99 I started teaching group fitness classes. I think I missed the camaraderie of team sports and group fitness was able to bring that element back to my life after high school” she says. After graduating college with a degree in Special Education, Brienne would teach special ed classes during the day and continued to teach group fitness classes at the local YMCA on the side.

“I moved to St. Louis in 2004 with my then husband because he was going to seminary there. Then around 2011 when my son was born I heard all of my Nashville friends talking about barre fitness. It was suddenly all the rage there but I had never heard of it in St. Louis. I started researching and realized nobody had brought barre to St. Louis yet, so I saw an opportunity and in 2013 I opened the first barre studio in St. Louis; CityFit.”

Tell me about The Town Barre opening in Nolensville. How did that come about?
When I moved here in July 2014 I started teaching all over town. A friend mentioned I should open a studio in Nolensville in 2016. Initially I thought she was crazy because I already had a studio in St. Louis. Then I started to come around to the idea. I started teaching a few classes in the back of Nesting Project’s production space at the end of 2016 and after class was done, I would drive around town and just look for spaces. When I made the decision, everything fell in place perfectly. The landlord approved my lease quickly. The walls of the space were all exactly where they needed to be. It was serendipitous.

I am so happy to be doing this in Nolensville. I am really excited for the community of women. I feel like each class is a little party . . . the perfect party. You don’t have to dress up and you don’t have to bring a casserole. By the way, we welcome men to these parties too.

What classes will be offered at The Town Barre?
We will be doing barre, pilates, yoga, and tap n’ pow{h}er, hold n’ pow{h}er, and whatever pow{h}er METHOD classes Amy Weber comes up with next. We’ll have childcare for a small fee Monday through Friday for the morning classes. We will have monthly memberships and drop-in classes available.

What do you do when you’re not teaching fitness?
I participated in a book club for a while. I go to The Village Church and lead a small group there. I have been a volunteer soccer coach. I am the Chairperson for international week for Sunset Elementary. I am the room mom for both my kids’ classes

You’re a survivor. Tell me how your Leukemia journey started.
I was traveling from St. Louis through Nashville to the beach with my children in March of 2014 on a Sunday. They were two and four at the time. I was divorced at this point so it was just me and my two small children. As we are passing through Nashville my throat is so sore I decide to stop in at an urgent care clinic before taking this sore throat with me on our vacation. It was so sore, that by the time I got into the urgent care, I was drooling from my mouth and had to write the words “my throat hurts” because I couldn’t speak it. They sent me to the ER at Williamson Medical Center. The ER nurse in her heavy southern accent said to me “I’m real worried about you. I don’t know what’s wrong with you but your numbers don’t look good and I’m real worried about you.” I was admitted to the hospital. The next day (Monday) they showed me a list of 18 things it could be. Leukemia was on the list but so was mono and strep throat. I was clinging to the mono and strep throat. I didn’t pay any mind to the word Leukemia on the list.  Tuesday, the doctor asked if I want to do chemo at Vandy or back in St. Louis. I thought he misspoke. Chemo? For strep or mono? Apparently he didn’t get the memo that nobody has yet given me a diagnosis. He bluntly informs me that I have leukemia and I can do chemo locally at Vandy or I can take a helicopter ambulance back to St. Louis and do my chemo there. I chose Vandy because an ambulance ride sounded more affordable than a helicopter ambulance to me. I lived at Vandy for eight weeks undergoing intense chemotherapy. My ex-husband applied for FMLA so he could take paid time off and come to Nashville to help take care of the kids while I was hospitalized. I was diagnosed with Acute Lymphoblastic Leukemai (ALL). Mainly children get it. I was 33 at the time. They didn’t know what to do with a 33 year old with this diagnosis. They gave me the pediatric protocol  of chemo (stronger than what they give the older adults) which they had never given to an adult before. There was a time when the chemo itself nearly killed me. This time two years ago I was on a feeding tube and morphine and couldn’t walk to the bathroom because I would fall. I would hold my IV pole and crawl to the bathroom.

You had a very young business in St. Louis. How did this sudden diagnosis and long hospitalization affect that?
I ran my business from my hospital bed. My first thought was “I’m going to lose my business.” I just taught 18 classes that week. I was the janitor, the bookkeeper, the manager, the teacher. It was just me. I did everything. The more senior students started stepping up and teaching classes from what they had learned in their practice. I would send checks back to these student instructors and nobody was cashing them. They were volunteering their time to hold my business together while I was getting well.

What happened after your eight week hospitalization?
I went back to St. Louis and started teaching classes again. Sometimes I would have to leave in the middle of class and go throw up and then come back to teaching class. I was having chemo 4-5 times a week. I’ve had thousands of hours of treatment.

About four months in I was teaching less and less and getting more and more last minute subs because I felt awful. Five months in I couldn’t even carry my laundry basket down to the basement. July 1st we moved back to Nashville so I could live with my mom and have the help I needed. All of my co-workers came to pack up my apartment while I sat and watched because I couldn’t do anything. They packed it all into a U-Haul and my aunt flew in from Florida to drive my car while my brothers drove the U-haul. All my mom’s colleagues from Nolensville Elementary School unpacked my stuff into a storage unit at A+ Storage.

And now? Where are you in this journey currently?
December 29, 2014 was my last serious chemo and then I continued maintenance chemo until July 2016. Maintenance chemo was just a pill and wasn’t as hard on me as the intravenous chemo. I still had to have intravenous chemo (through a port implanted in my chest)  once a month during the maintenance phase.  I just had my port removed in last month, December 2016.

Your ten year marriage ended in divorce but now both of you live here in middle Tennessee and you seem to get along remarkably well for divorced parents. What do you attribute that to?
He has a masters in counseling and I have a masters in special education. We understand the damage we can do to our children. We understand that their wellbeing is the most important thing. We sit together at a basketball game so the kids don’t have to be put in the position of having to choose which parent to go to when the game ends. We don’t have to love or appreciate each other in order to do what’s best for our children.

What’s the hardest lesson you’ve learned in life so far?
You are only as strong as your community or your village. I only survived cancer because of donations from those around me. Monetary donations, time and energy donations, and for love and free child care.

So now, whenever I hear of a need, my first thought is, “What am I able to do to help here?” If everyone gives a little it makes tough things, really crappy things like cancer, possible to get through. Community. Community like I am wanting to build and foster and grow at The Town Barre.

What’s been your greatest success in life?
My stunning good looks (Laughing) Probably my ability to enjoy any circumstance. I go through a lot of stuff that people would complain about and I just try to find the enjoyment in anything. Even when living in a hospital room for eight weeks. I would make friends with the nurses and look forward to their company when they’d enter my room.

What is your Stupid Human Trick
Stupid or Amazing? I can do anything. I can do the splits on both sides.

What’s your burning desire?
I guess I don’t have really strong desires. I’m pretty content, besides the whole I hate being single thing, but I’m learning to be patient there. 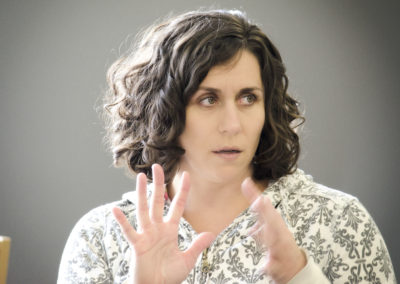 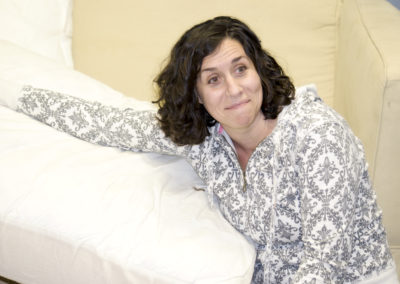 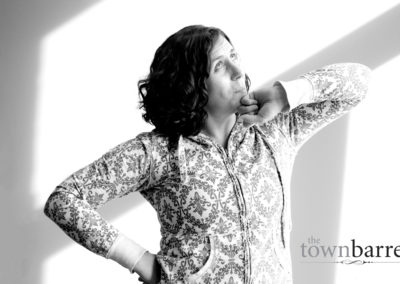 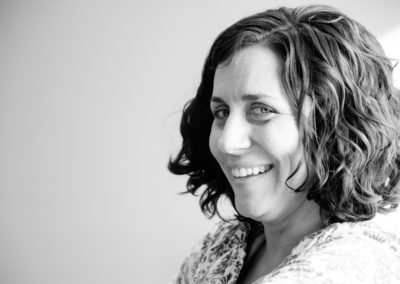 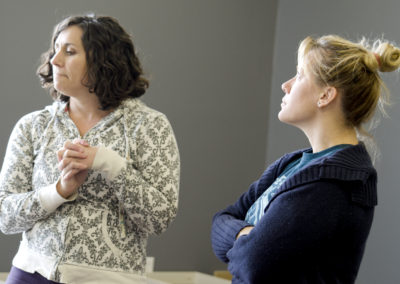 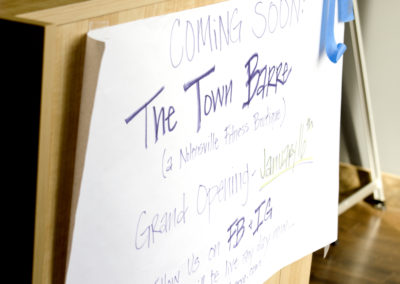 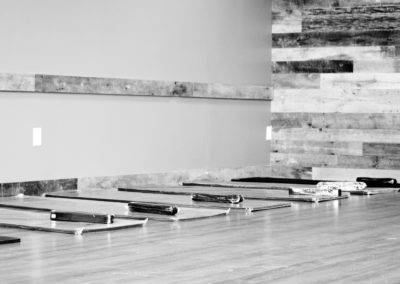 Would you like to nominate someone to be featured in a Faces of Nolensville article? We’d love to hear from you. Send an email to amber@roundupfornolensville.org and let us know who you’d like to see us interview next.