“That is a GREAT name for a town,” says Simon Cowell after 21-year-old Chase Goehring says he is from Nolensville, TN on the America’s Got Talent stage during his first round audition. Moments later Simon, and the other judges, Howie Mandel, Mel B, and Heidi Klum are caught by surprise when the unassuming  performs his original song, Hurt, and about halfway through, the song takes a sudden and seamless transition into a rap. Even show host, Tyra Banks was caught mouth agape at the metamorphosis from sweet Ed Sheeran- crooner to rapper.

Nolensville is a long way from Long Beach, CA where Chase was born an only child. His family made the cross-country trek when he was about six years old, first settling into Memphis, TN. They made the move East to be closer to family, and before long they decided to move even closer to family, making it to middle Tennessee.

I was really impressed that you said you were from Nolensville, TN. It would be so easy to just say “Nashville” and not have to explain yourself. What made you say Nolensville instead of the city everyone would easily recognize?
I used to just say, I’m from Nashville. Everyone knew where that was, so it was easy for them to relate to that. Now, I feel like LA, Nashville, and New York are really big . . . almost too big. You get lost in all the busyness of those cities . . . ‘another person from Nashville.’  I wanted to be more genuine and authentic. So now, when asked, I tell people I’m from Nolensville.

How did your AGT journey begin?
I had a friend who told me America’s Got Talent was having private auditions in Nashville in early 2017. I did that and then a couple weeks went by and I brushed it off because I hadn’t heard anything. I moved on to the next thing. As a musician, you have to keep moving. You can’t wait around for something to happen. The next day they called me and invited me to audition for the judges.

What was it like to do AGT?
The atmosphere on set was really fun. You’re meeting all these different people and insane talents. It was great.

When did you realize you could sing?
Growing up I really wasn’t into music and I never sang. My parents would say I’d sing around the house but I was mostly just messing around. My mom wanted me to be in chorus in school but I wasn’t interested.

I started taking piano lessons in middle school because my parents wanted me to. They always wanted me to try everything to find my passion. At first, I was just doing piano to do it, but then I joined a band with a couple of my friends. They needed a keyboardist and I could play piano, so it was sort of the same thing. We did a couple shows. I still wasn’t really into it though.

I discovered a guy named Jake Shimabukuro; one of the world’s greatest ukulele players. I found him on a YouTube video. I thought ‘Oh I have to learn this instrument.’ I left the rock and roll band to join a four-string Hawaiian group. I taught myself ukulele through watching YouTube videos. I still wasn’t singing or songwriting yet. This was around 8th or 9th grade. A friend of mine also left our rock and roll band to join me and made an acoustic duo. We were like ‘who’s going to sing?’ Neither of us had sung up until then. Usually, it’s the guitarist who sings, not the drummer,  and since I was the ukulele player, the closest thing we had to a guitar, I was our singer by default. So I started singing.  I probably wasn’t great but it was fun. We performed a lot on the streets of Franklin and got pretty good tips. A couple times people even threw in a hundred dollar bill as a tip. We called ourselves The AcoustiKats. (a take on Nashville Kats arena football team).

From there I started to branch out and go solo. I taught myself guitar and I started posting things on YouTube. Then I started writing my own songs.

What is next with AGT?
I made it through the judges round which advanced me to the middle round.

Where do you hope to go from here?
I would like to be one of two things  . . . a songwriter working for a publishing company, writing for Top 40 artists, tv, film, jingles, and all that good stuff and/or being a recording artist.

You’ve been compared to Ed Sheeran by many people. How does that make you feel?
I take it as a compliment. I love Ed Sheeran. I think he’s phenomenal and I even went to one of his concerts here. What is wild is that I got into music before I ever even knew who Ed Sheeran was. I was already creating my own music and style without having ever experienced his music, so it’s interesting to me that there are similarities in our styles.

He inspires me because he is one of the biggest, most successful artists out there, and he’s a Ginger! Here’s a guy who looks like me and if he can make it, so can I.

What do you feel has been your biggest success in life so far?
My songs currently are #1 on the Singer/Songwriter charts on iTunes. That’s insane.

What has been the biggest lesson you’ve learned so far?
You hear a lot of ‘no’ in the music industry. One of the hardest things to do is to just keep pursuing it. If you give up that’s the only way you lose.

Who has been your biggest influence to date?
My parents. Without them exposing me to everything the world has to offer (even at such a young age) I wouldn’t be in music and I wouldn’t be where I am today.

My parents think it’s insane. After AGT aired and all of Nolensville was talking about it . . . they away. They are super proud.

What is your stupid human trick?
[laughing] I can clover roll my tongue.

Do you see yourself moving back to California at some point?
I’d like to. I wrote a song called California. I love Tennessee. It’s fantastic, but I was born in Long Beach and part of my heart is there and every timeI go out there, I just jive with it.

Any last thoughts?
I am just extremely thankful. This whole experience has been extremely humbling. As a musician, you kind of feel alone sometimes because you don’t know if your music is reaching as far as you want it to. It can be lonely at times. Having the support, especially from my hometown, is honestly surreal. I just can’t thank those people enough and  I hope to make them proud. 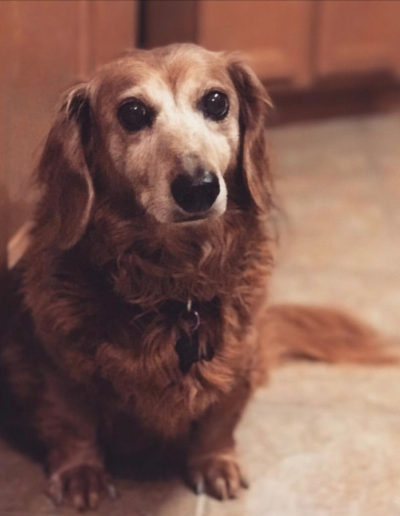 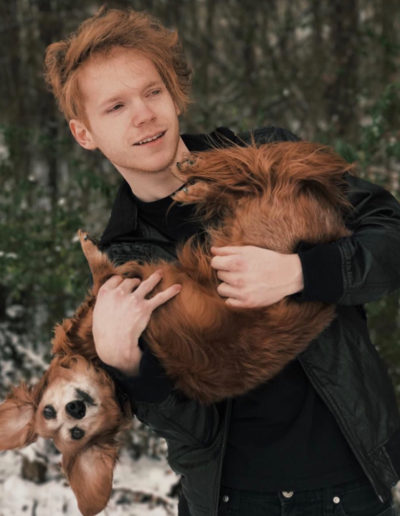