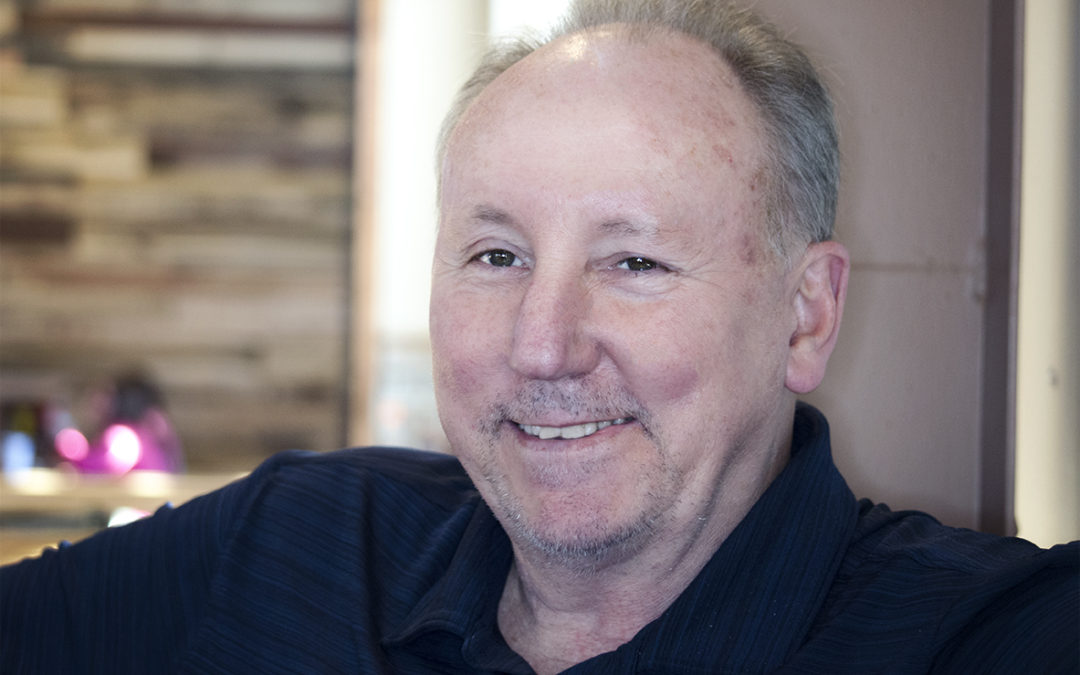 If you’ve lived in Nolensville for any amount of time, you’ve certainly made your way to Nolen’s Place a time or two. This corner staple that has successfully established itself as Nolensville’s very own, modern day Cheers, where everybody knows your name, is the brainchild of Lou Leiker and his original business partner, Sunny Koshy.

As I sit down with Lou, his Parkinson’s Disease is laid bare as I see his hands visibly tremble and I observe him as thoughts pass quickly and he struggles to regain them. As we start to talk and delve deeper into conversation, I realize Parkinson’s is only one of many fights he has endured in his life, including the latest fight to regain the beer permit for Nolen’s Place after it was revoked last week.

How did you end up in Nolensville?
I was a homicide detective with the Los Angeles Police Department. In 1995 I investigated a gang lead, execution style murder that led to eight additional murders across the US, including three more in California, four in Oklahoma City, and one in Nashville. The investigation got large, but the US attorneys in LA told me I didn’t have a case. I disagreed with them, so I flew to Tennessee and talked to a crime taskforce in Nashville and explained that we had a problem and that problem was now also their problem since the murders in this spree included one in Cheatham County. I wanted to give them information and get them to help me investigate the gang.

I worked closely with the Assistant US Attorney in Nashville, Sunny Koshy (who later became my business partner). He filed a grand jury investigation based on the information we had. We indicted 46 individuals for 9 murders, kidnappings, tortures, cocaine and marijuana trafficking, gun violations, etc.

Through our work, after 13 years and 1000 witnesses,  Jamal Shakir (AKA Donut) was convicted of all nine murders and sentenced to 24 life sentences. You can read more about that conviction here.

Once we realized we were going to trial the LAPD placed me on loan to the US attorneys office here in Nashville. I lived in the Hilton Hotel for nine months the first time, and the second time I was here I lived in an apartment on Church Street for 18 months. I fell in love with Nashville and the people.

When the trial ended, I went back to LA and then retired a year later after 34 years on the police force. Shortly after giving up my career with the LAPD I endured back and neck surgeries and was then diagnosed with Parkinson’s Disease. It was a lot to endure at once. We decided to sell everything we had in California, and we bought a motorhome and traveled the US for ten months. I knew I wanted to settle down in Nashville, but I had not yet convinced the boss (aka the wife). On our travels, we made it to Washington, DC. When we woke up one morning in DC my wife looked at me and said “let’s go to Nashville and buy a house.” I turned the motorhome around immediately. Once we arrived here we looked all over, not yet knowing what part of town we wanted to settled down in. While having lunch in Franklin one day we saw a brochure for the Catalina subdivision advertising 1/2 acre wooded lots. We liked what we saw, so we headed there and bought a house.

What made you decide to open a restaurant?
When Sunny and I were investigating the crimes we found ourselves visiting a variety of restaurants, taverns, and sports bars on our travels and we would joke about opening up a place that drew the community together.  When the boredom of retirement started to set in, Sunny and I decided to put our money where our mouths were and we created Nolen’s Place.

My son and I would also travel across the US following the LA Angels baseball team. Each year we were in a different city and we’d hit the local area sports bars. This turned out to serve as my research for what I would eventually open.

My vision was always to create a space where the community would come and gather regularly.  I designed the place myself. I wanted it to be a spot when people came in they’d immediately feel comfortable. The reason I chose high-top tables is because I did research and learned they are more conducive to conversations because you’re at eye level with the people who walk up to the table.

The name we originally proposed was Nolen’s Tavern. We intentionally chose the word Tavern because historically taverns were meeting places for towns and governments. We wanted a meeting/gathering space, so the word “tavern” seemed to be the right word for what we were intending to create. The Board of Mayor and Alderman were not fond of the word tavern in our name and made that clear to me. However, despite the fact they disliked the name as proposed, they did approve our business as Nolen’s Tavern. The next morning I met with Mayor Jimmy Alexander and told him I didn’t want to start off on the wrong foot, so I would name it Nolen’s Place. We didn’t want to upset anyone in the town. We wanted the town to embrace us, so this small change of the name seemed to be the right thing to do. On April 24, 2014 we opened the doors of Nolen’s Place.

Did you accomplish what you set out to do?
Definitely.

The greatest feeling I had when I first opened this place was watching people raise their hand saying hi to someone across the room. We were becoming the local Cheers type location and that was exactly what Sunny and I envisioned.

Last night there was a ten-year-old girl who wanted to get up and sing karaoke. I made sure to get the rest of the patrons to give her an ovation and encourage her so she would feel confident as she got on stage to perform. Turns out she didn’t need it. She nailed it. I was so impressed.

One of my favorite memories here is when one of our regulars, Bob the Junk Man, told his daughter that if she ever couldn’t find her parents and needed something she was to come to Nolen’s Place because we would help her and she could know she’d be safe here.

I wouldn’t be doing my job if I didn’t ask you about your latest fight. You had your beer permit revoked recently. You’ve been very quiet on the online threads about this, but I’m certain the town would like to hear from you. What can you share?
I’ve been intentionally quiet.

In today’s restaurant business this ratio is challenging to meet. If you look at the best restaurants we enjoy (in Nolensville or elsewhere) you’ll see a large portion of gross revenue is made from catering, take-out or drive-thru, retail sales of merchandise, and alcohol.

The truth of the matter is, I can still serve liquor, wine, and high-gravity beer currently, but I cannot serve regular beer because my combined sales of take-out, catering, merchandise, and alcohol exceeded 35% of my gross revenue.

There is a meeting of the beer board (which is made up of the Board of Mayor and Alderman) this Thursday, February 16th at 6:30 pm at Town Hall. I am so grateful for the support I have received from the community through this ordeal, and I know I will be surrounded by support this Thursday as we approach the beer board asking them to consider issuing a new beer permit for Nolen’s Place.

I think there are other tangible rules and regulations that could accomplish the town’s goal better than the arbitrary 65% rule for on-premises food sales for on-premises consumption. I’m hopeful the beer board will find a solution that works for everyone.

What keeps you up at night?
Parkinson’s

I would have dreams of playing catch and missing the ball and the ball hitting me in the head. Those dreams came before I was ever diagnosed. It was like my subconscious knew what was coming.

What’s something about you that would surprise people?
I’m friends with a reformed murderer. Out of the investigation, I made a friend of one of the witnesses who was guilty of committing murder himself. He has completely reformed his life and now he’ll call me and talk sports from time to time.

What has been your greatest failure?
Not meeting the 65% (laughing). Without any expertise in running a restaurant, this has certainly been a challenge.

The Town of Nolensville Beer Board will meet at Town Hall
7218 Nolensville Road in Nolensville—on Thursday, February 16, 2017 at 6:30 p.m. to consider an On-Premise Beer Permit Application for Nolen’s Place located at 7240 Nolensville Road.